Report Portrays a Broken C.I.A. Devoted to a Failed Approach

In January 2003, 10 months into theCentral Intelligence Agency’s secret prison program, the agency’s chief of interrogations sent an email to colleagues saying that the relentlessly brutal treatment of prisoners was a train wreck “waiting to happen and I intend to get the hell off the train before it happens.” He said he had told his bosses he had “serious reservations” about the program and no longer wanted to be associated with it “in any way.”

The bitter infighting in the C.I.A. interrogation program was only one symptom of the dysfunction, disorganization, incompetence, greed and deception described in a summary of the Senate Intelligence Committee’s report. In more than 500 pages, the summary, released on Tuesday, paints a devastating picture of an agency that was ill equipped to take on the task of questioning Al Qaeda suspects, bungled the job and then misrepresented the results.

The Senate report is the most sweeping condemnation of the C.I.A. since the Church Committee, led by Senator Frank Church of Idaho, accused the agency in the 1970s of domestic spying, botched assassinations and giving LSD to unwitting subjects, among other misconduct. That report led to a series of new laws and restrictions on C.I.A. activities.

The protest from the chief of interrogations came amid weeks of torture of Abd al-Rahim al-Nashiri, a leading suspect in the bombing of two American embassies and a Navy ship. C.I.A. personnel working on the secret program had split into two camps. On one side were the chief of interrogations and nearly all of the personnel who had been questioning Mr. Nashiri. After two months of harsh questioning, the chief wrote, they believed that the prisoner had “been mainly truthful and is not withholding significant information.”

​On the other side were James E. Mitchell and Bruce Jessen, two former military psychologists who had advised the agency to use waterboarding and other coercive methods. With the support of C.I.A. headquarters, they insisted that Mr. Nashiri and other prisoners were still withholding crucial information, and that the application of sufficient pain and disorientation would eventually force them to disclose it. They thought the other faction was “running a ‘sissified’ interrogation program,” the report says.

If those questioning Mr. Nashiri just had “the latitude to use the full range of enhanced exploitation and interrogation measures,” including waterboarding, Dr. Jessen wrote, they would be able to get more information. Such treatment, he wrote, after the two previous months of extremely harsh handling of Mr. Nashiri, would produce “the desired level of helplessness.”

The report said the agency had evidently forgotten its own conclusion, sent to Congress in 1989, that “inhumane physical or psychological techniques are counterproductive because they do not produce intelligence and will probably result in false answers.” The Democratic Senate staff members who studied the post-Sept. 11 program came up with an identical assessment: that waterboarding, wall-slamming, nudity, cold and other ill treatment produced little information of value in preventing terrorism.

The report spends little time condemning torture on moral or legal grounds. Instead, it addresses mainly a practical question: Did torture accomplish anything of value? Looking at case after case, the report answers with an unqualified no.

Among the report’s findings: The C.I.A.’s interrogation techniques were more brutal and the number of detainees higher than the agency portrayed. 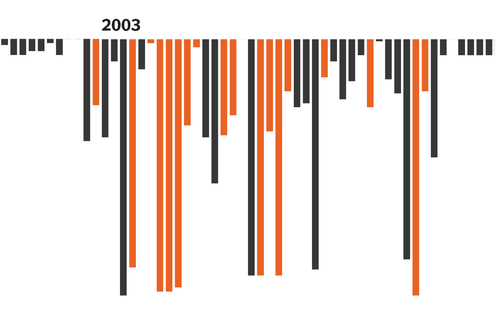 In fact, it says, “C.I.A. officers regularly called into question whether the C.I.A.'s enhanced interrogation techniques were effective, assessing that the use of the techniques failed to elicit detainee cooperation or produce accurate intelligence.” Still, higher-ups ordered that the methods be continued and told Congress, the White House and journalists that they were having great success.

Just as striking as that central finding is the detailed account of C.I.A. mismanagement. Both factions in the fight over interrogations were led by people with histories that might have been expected to disqualify them.

The chief of interrogations, who is not named in the report, was given the job in fall 2002 even though the agency’s inspector general had urged that he be “orally admonished for inappropriate use of interrogation techniques” in a training program in Latin America in the 1980s.

And Dr. Mitchell and Dr. Jessen, identified by the pseudonyms Grayson Swigert and Hammond Dunbar in the report, had not conducted a single real interrogation. They had helped run a Cold War-era training program for the Air Force in which personnel were given a taste of the harsh treatment they might face if captured by Communist enemies. The program — called SERE, for Survival, Evasion, Resistance and Escape — had never been intended for use in American interrogations, and involved methods that had produced false confessions when used on American airmen held by the Chinese in the Korean War.

The program allowed the psychologists to assess their own work — they gave it excellent grades — and to charge a daily rate of $1,800 each, four times the pay of other interrogators, to waterboard detainees. Dr. Mitchell and Dr. Jessen later started a company that took over the C.I.A. program from 2005 until it was closed in 2009. The C.I.A. paid it $81 million, plus $1 million to protect the company from legal liability.

Early in the program, the report says, “a junior officer on his first overseas assignment,” who had no experience with prisons or interrogations, was placed in charge of a C.I.A. detention site in Afghanistan known as the Salt Pit. Other C.I.A. officers had previously proposed that he be stripped of access to classified information because of a “lack of honesty, judgment and maturity.” 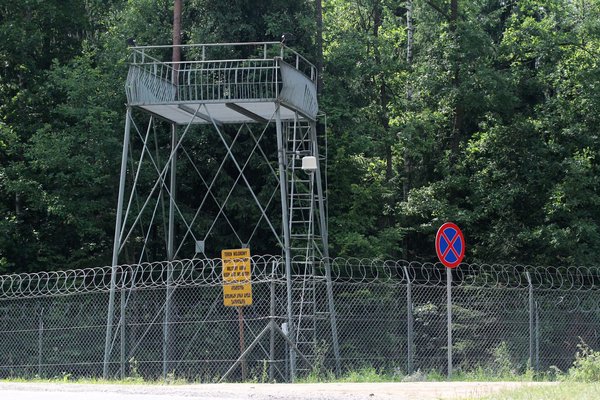 A military base in Stare Kiejkuty, Poland, that was said to be used by the C.I.A. to detain and question terrorism suspects.CreditTomasz Waszcuk/European Pressphoto Agency

At the Salt Pit, the junior officer ordered a prisoner, Gul Rahman, shackled to the wall of his cell and stripped of most of his clothing. Mr. Rahman was found dead of hypothermia the next morning, lying on the bare concrete floor. Four months later, the junior officer was recommended for a cash award of $2,500 for his “consistently superior work.”

A C.I.A. accountability board later recommended disciplinary action against one of the officers involved in the death at the Salt Pit. But in that instance and another, the board was overruled. The “director strongly believes that mistakes should be expected in a business filled with uncertainty,” an agency memo said.

In response to Mr. Rahman’s death at the Salt Pit, called “COBALT” in the report, George J. Tenet, then the C.I.A. director, signed the first formal guidelines for confinement and interrogation in the program in January 2003, according to the report.

In 2001, the agency had proposed meeting United States prison standards. But the guidelines approved by Mr. Tenet were so minimal that they were met even by the Salt Pit, where “detainees were kept shackled in complete darkness and isolation, with a bucket for human waste, and without notable heat” in the winter, the report says.

The agency even had trouble keeping track of the people it held. In a December 2003 cable to C.I.A. headquarters from a country with a secret prison, the station chief wrote, “We have made the unsettling discovery that we are holding a number of detainees about whom we know very little.” Most of the prisoners had not been questioned for months and seemed to have little intelligence value, the cable said.

But little of this kind of disarray came to the attention of the congressional oversight agencies, the White House or the public, which were repeatedly assured by a succession of C.I.A. directors that the program was professional and successful.

During the program’s later years, after a damning report in 2004 by the C.I.A.'s inspector general, much of the agency’s effort appears to have gone into public relations to counter dismal news coverage. In 2007, Michael V. Hayden, the C.I.A. director, told the Senate Intelligence Committee that “all of those involved in the questioning of detainees are carefully chosen and screened for demonstrated professional judgment and maturity.”

In fact, the Senate report concludes, no such vetting took place. The interrogation teams included people with “notable derogatory information” in their records, including one with “workplace anger management issues” and another who “had reportedly admitted to sexual assault.”

Former C.I.A. officials have denounced the Senate review as inaccurate and unfair, and plan to mount a vigorous pushback. On the question of personnel vetting, however, as on many other issues, the most critical voices in the Senate report are those of agency officers who were offended by what they saw.

“I am concerned at what appears to be a lack of resolve at headquarters to deploy to the field the brightest and most qualified officers,” wrote a C.I.A. officer running one of the secret prisons in 2005. “More than a few are basically incompetent.”

He added: “We see no evidence that thought is being given to deploying an ‘A team.’ The result, quite naturally, is the production of mediocre or, I dare say, useless intelligence.”