How the Air Campaign Against ISIS Is Changing, in Three Charts

In the past month, roughly 44 percent of air-strike targets have been towards ISISfighting positions. That’s up from about 20 percent overall since the campaign began last summer, according to data released by the Pentagon. 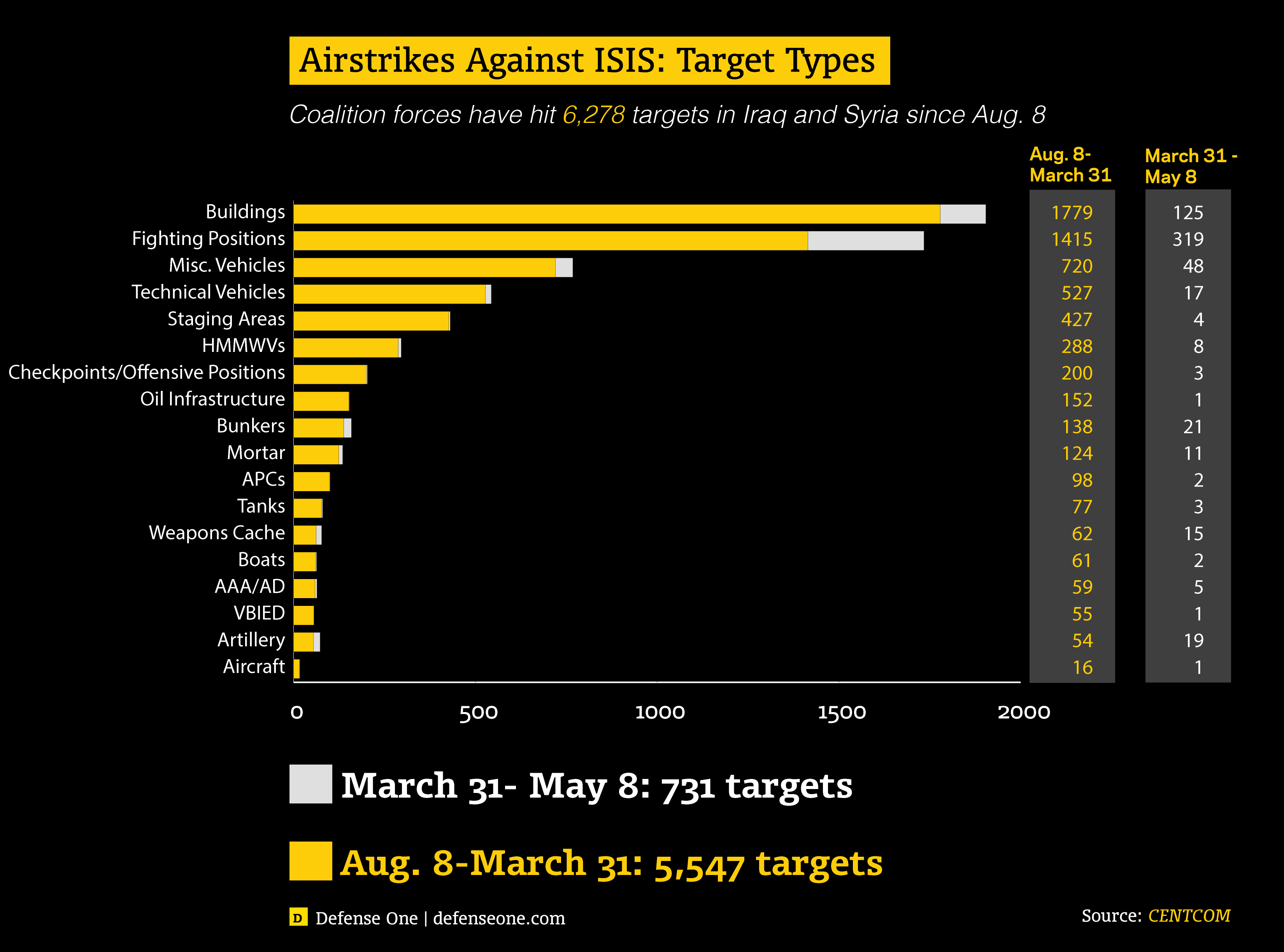 Other tactical items — like ISIS vehicles, mortar positions, and the like – are being targeted more often by coalition military forces. Only 17 percent of the strikes in the past month have been targeted at buildings, down from 30 percent overall.

ISIS is providing fewer large targets for coalition strikes, said Rick Brennan, a senior political scientist at the RANDCorporation who spent five years as a senior adviser to theU.S. military in Iraq. When the airstrikes began last August,ISIS was moving larger quantities of troops and equipment, especially in northern Iraq.

“Now they’re acting much more like an insurgent group,” Brennan said. “They’re hiding, they’re moving in small groups, they’re trying to protect themselves, because they realize that if they expose themselves to aerial or visual contact to U.S. and coalition forces, they’re likely to be striked.”

The U.S. still handles the vast majority of the strikes in both Iraq and Syria. In Syria, the U.S. conducts 94 percent of the strikes; in Iraq, 66 percent. 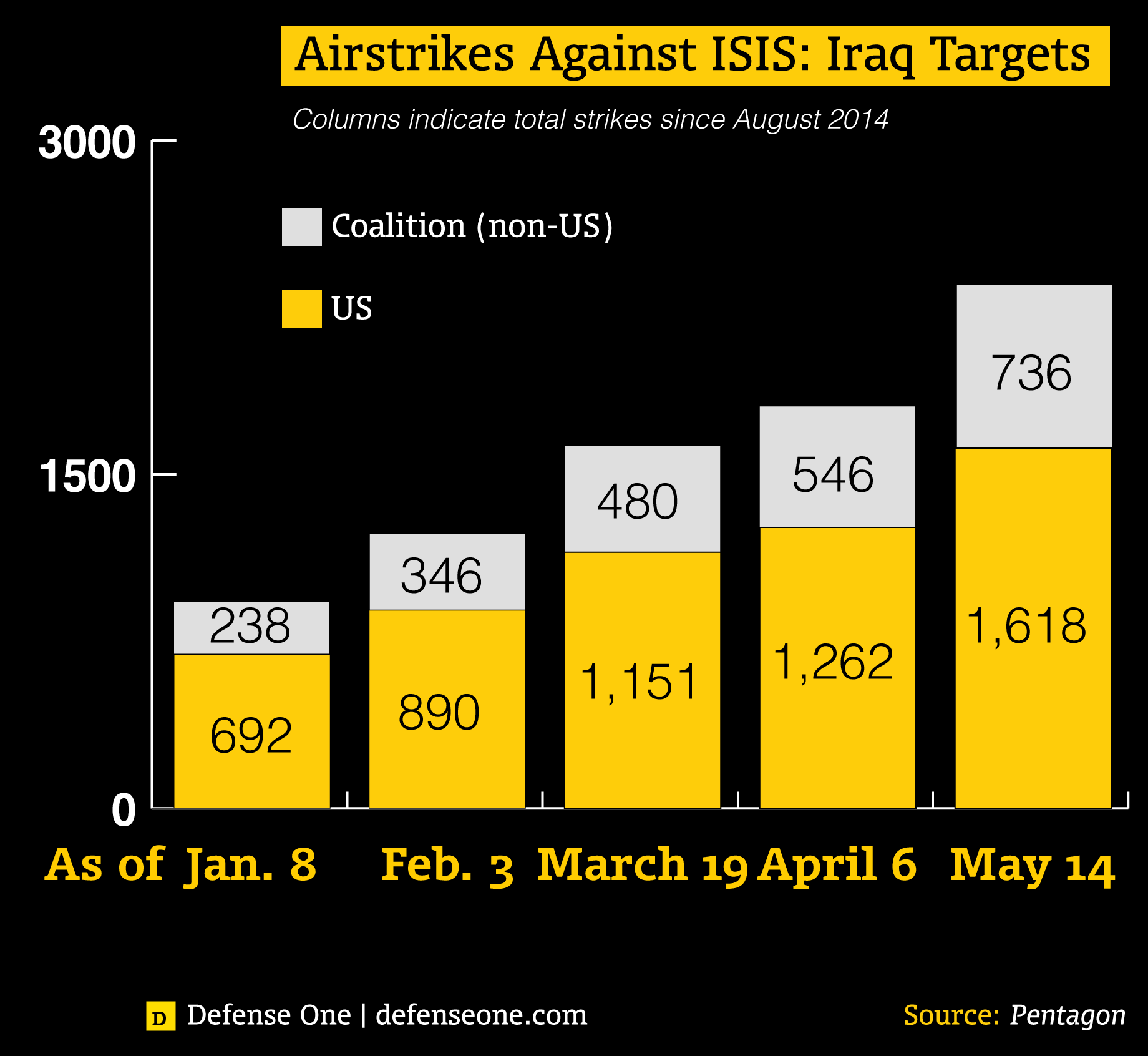 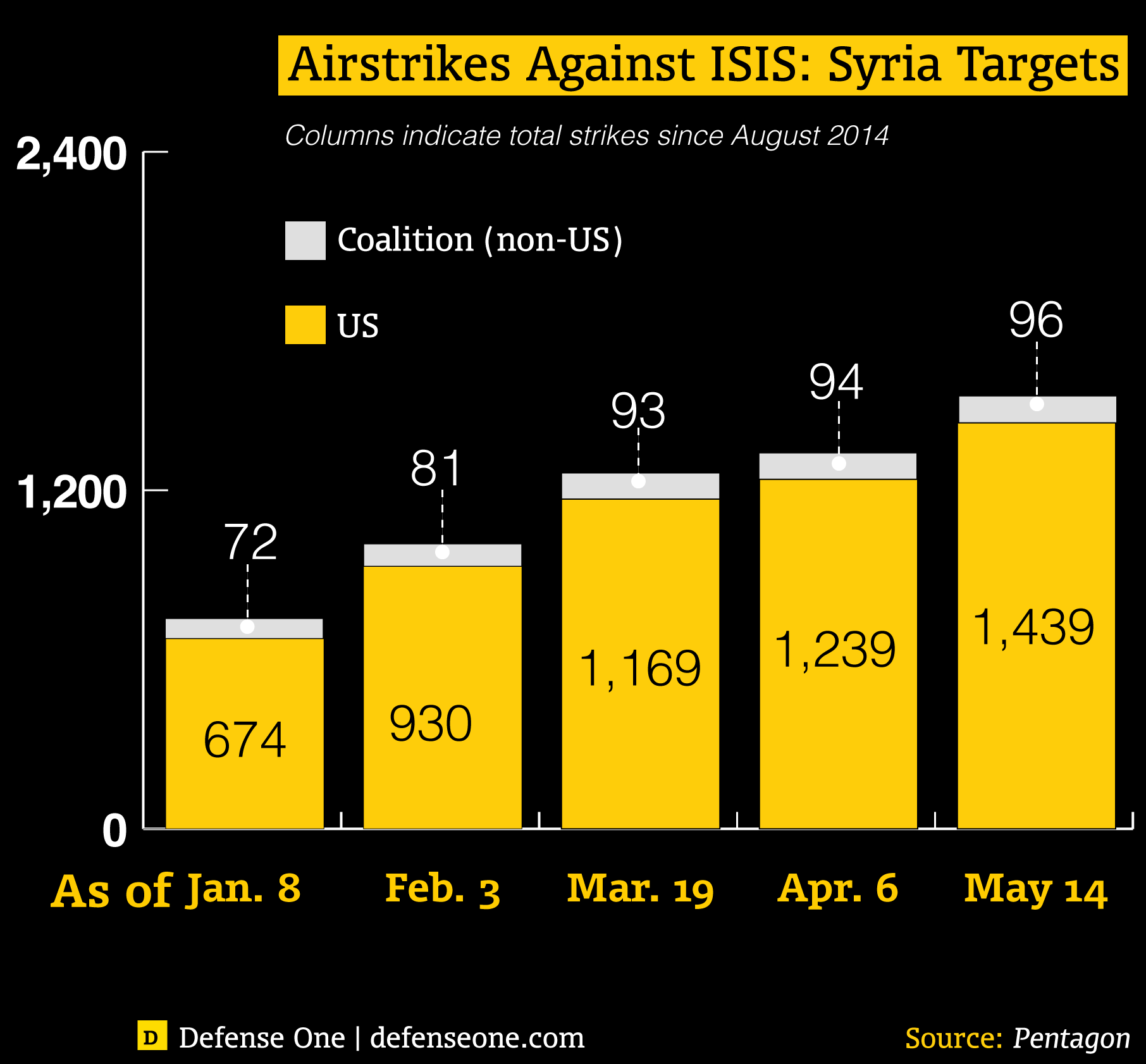