US Allies Cleared to Buy Arms Worth $3.5 Billion

The State Department has approved five arms deals worth nearly $3.5 billion for U.S. allies in the Middle East and Asia-Pacific, two regions of intense focus for the Pentagon.

State OKed the sale of more than 1.2 million rounds of ammunition for mortars and other guns for the Iraqi Security Forces, which are embroiled in a fight against Islamic State militants.

The Iraqis still must formally ink the $395-million deal with American Ordnance and AMTEC Corp., the two companies that make the ammunition. In a Tuesday statement, Pentagon officials said, “This proposed sale of additional ammunition is critical in providing continued combat power capability as Iraq continues its fight against an organized insurgency of extremists in Iraq.”

The Iraq sale was one of five major arms deals cleared by the State Department on Tuesday. The largest is a $3-billion sale to Japan for 17 V-22 Osprey tiltrotor aircraft, which can take off vertically like a helicopter, then rotate its engines to boost its speed. 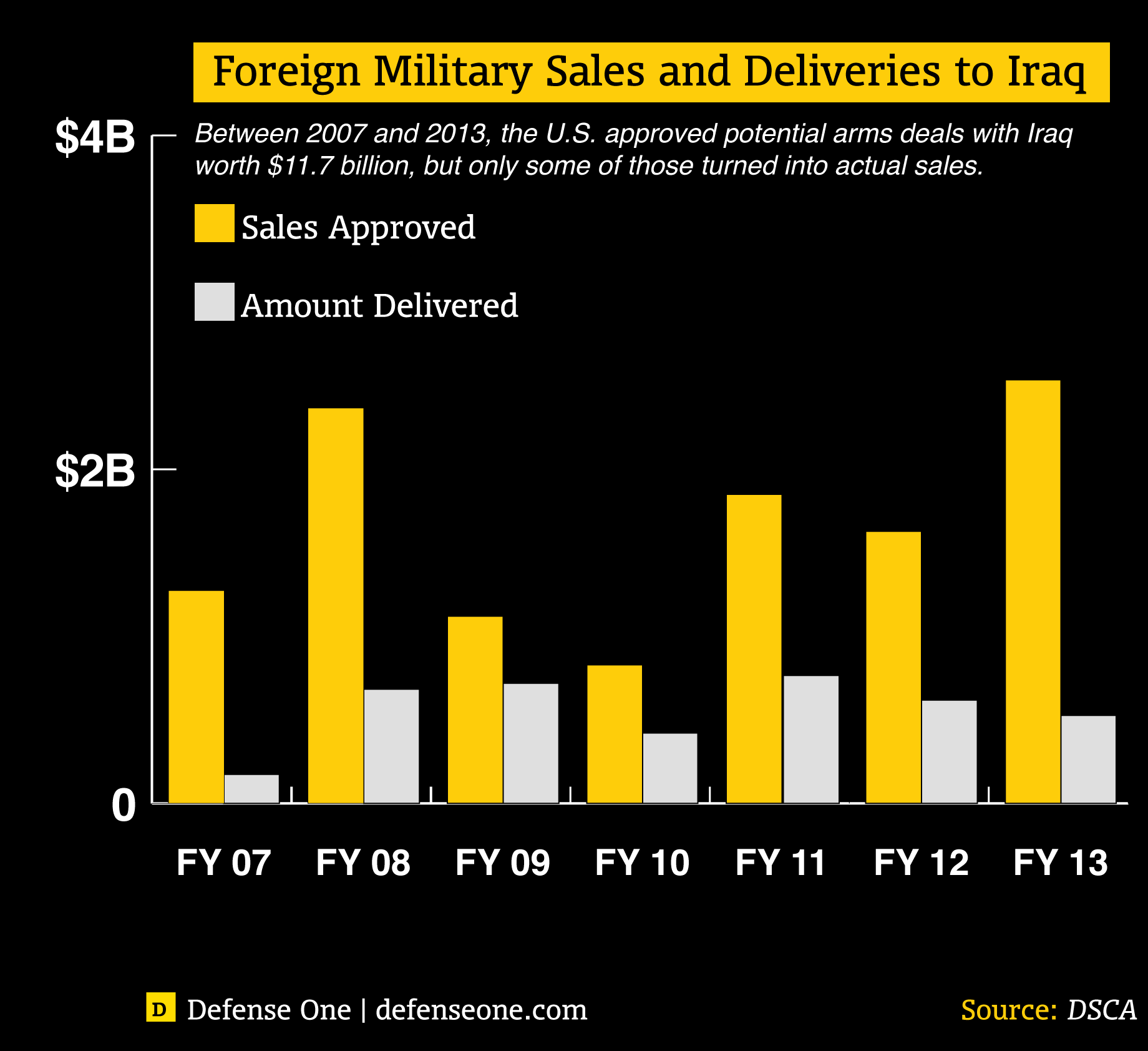 The Osprey has drawn criticism in Japan because of its numerous deadly accidents during development. Tokyo officially pledged to buy the aircraft last year. The Osprey will “greatly enhance the Japan Ground Self-Defense Force’s humanitarian and disaster relief capabilities and support amphibious operations,” the Pentagon said.

U.S. officials also approved two key sales of aerial combat missile in the Asia-Pacific. The Pentagon has put a premium on partnering and arms sales to allies in the region as part of its pivot to the region to counter China’s influence. Indonesia will buy 30 Sidewinders plus 20 training missiles for $47 million, and Malaysia will buy 10 AIM-120 AMRAAMs for $21 million.

Malaysia will put the AMRAAMs on its F/A-18D Hornets, allowing it to better train with U.S. forces. “Malaysia will use this capability as a deterrent to regional threats and to strengthen its homeland defense,” a Pentagon statement said.

The Indonesian deal “will lessen the probability that Indonesia will need to rely upon deployment of U.S. combat forces to maintain or restore stability in the region,” the Pentagon said.

State also approved the sale of a $21 million UH-60M Blackhawk to Jordan. The Sikorsky-made helicopter will transport the country’s royal family, government officials and visiting heads of state