What the New US Troops Will Do in Iraq

U.S. officials hope that sending another 450 American troopsto Iraq will speed up the pace of coalition airstrikes against Islamic State fighters. So far, more than 4,000 strike missionshave not halted the terror group’s territorial expansion.

The troops will deploy to Taqaddum, a military base about 70 miles west of Baghdad in eastern Anbar province, where they will advise Iraqi soldiers and train tribal fighters at a joint operations center.

“Given the strategic location of Taqaddum, I think this will greatly improve our ability to turn around airstrikes in a pretty fast clip when we are directly advising and assisting Iraqi units in those areas and also the associated tribal fighters who will be with them,” Brett McGurk, the State Department’s deputy assistant secretary for Iraq and Iran and President Barack Obama’s special envoy for counter-ISIS operations. He spoke Wednesday in a conference call with reporters. “Where we have a presence, such as al Assad Air Base, the turnaround time for airstrikes is pretty quick.”

McGurk did not say whether the new troops might include more Joint Terminal Air Controllers, the airmen who help pilots put bombs on target. A number of JTACs are already deployed in Iraqi operations centers, but critics have called for putting them on the front lines to increase the effectiveness of airstrikes.

In general, the additional American troops will “assist with planning, integration and support of Iraqi Security Forces and tribal forces as they fight to retake the Ramadi and Fallujah corridor,” the Pentagon said in a statement. Requested by Iraqi Prime Minister Haider Al-Abadi, the new troops — like the 3,100 already authorized to be in Iraq — will not fight alongside Iraqi security forces.

“We have to get our eyes on, develop the relationships there, work with the joint operations center, work with their plan and then we’ll assess from there,” McGurk said. 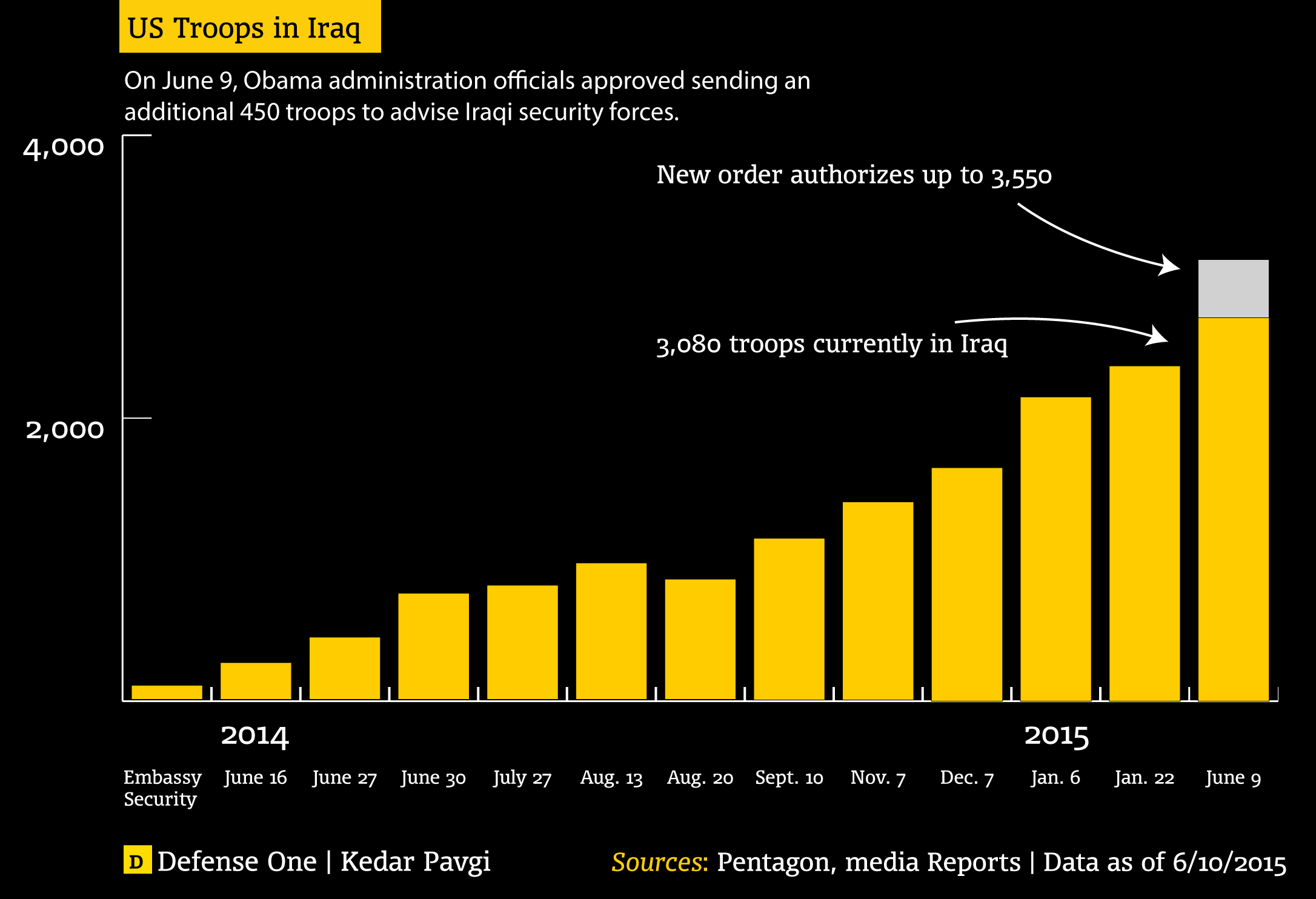 American and allied aircraft have conducted more than 4,000 airstrikes in Iraq and Syria. But these strikes have not haltedISIS’ advance, nor have Baghdad’s soldiers been able to retake territory in the wake of strike missions.

(Related: This Is How Little the US-Led Air War Against ISISHas Achieved)

Last week, Air Force Lt. Gen. John Hesterman, who oversees the airstrikes in Iraq and Syria, said, “It’s never been more difficult to identify friends from foe” on the ground. “It’s near-impossible to tell them apart when they dress roughly the same and are using the same equipment.”